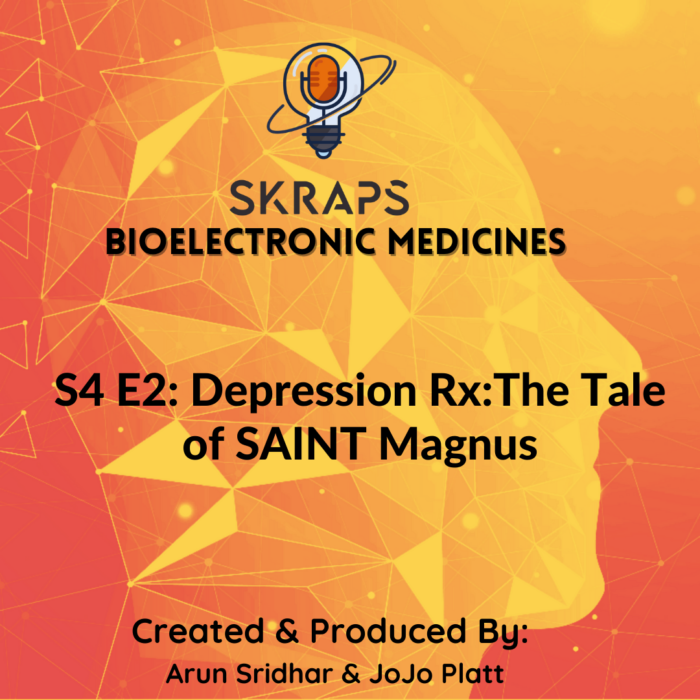 The Tale of SAINT Magnus 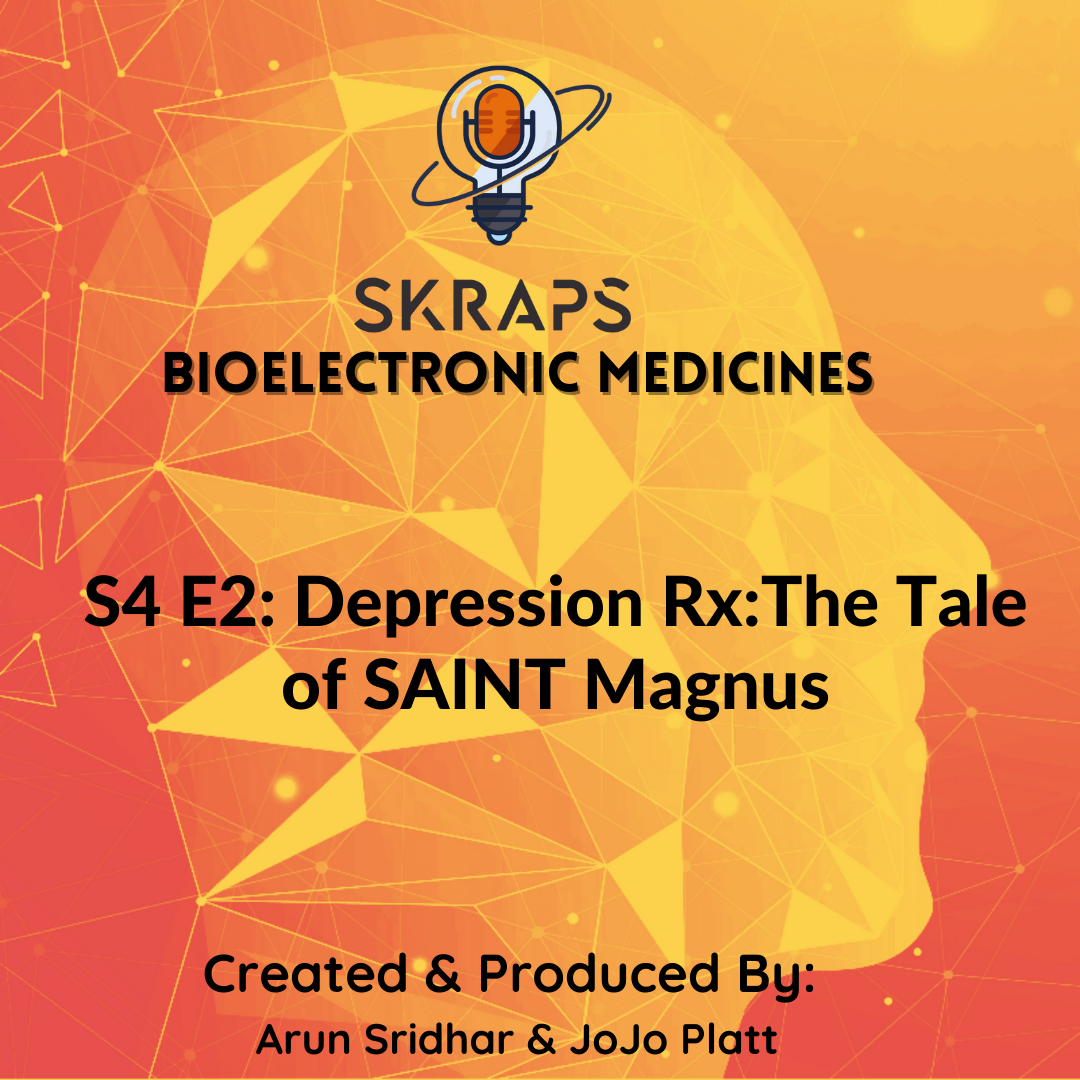 Join Arun & JoJo as they go behind the wall of the science that underpins new treatments for Major Depressive Disorder (MDD).

While MDD is the leading cause of both personal and societal disability, there are still inadequate treatment options. But the advent of two very areas are bringing hope! The first area is psychedelic assisted psychotherapy that we covered in our psychedelic series – Episode 7 and Episode 8. And second, more exciting and frankly a profound option is the use of the language that the brain uses to communicate and turn that into a treatment.

In this episode, we are joined by two wonderful individuals – Dr. Nolan Williams, Asst Professor at Stanford University and Dr. Brett Wingeier.

Nolan is both a psychiatrist and a neurologist and with an impressive training. He takes and compresses (quite literally) all the learnings from deep brain stimulation and Transcranial Magnetic stimulation into developing a bespoke theta burst stimulation, and identifying it for a distinct  patient population for its first adaptation – in hospital, psychiatric emergency.

Brett Wingeier, the CEO of Magnus Medical is spearheading the development and commercialisation of the SAINT (Stanford Accelerated Intelligent Neuromodulation Trial) technology via his company, Magnus Medical. In fact, based on the results of their most recent trial, Magnus Medical was offered a breakthrough device designation by FDA.

Join us as we uncover the science of this wonderful field and how Bioelectronic medicine is moving from movement disorders like Parkinson’s disease to positively impacting mental health.

This is something that you will hopefully not get anywhere else in one piece.