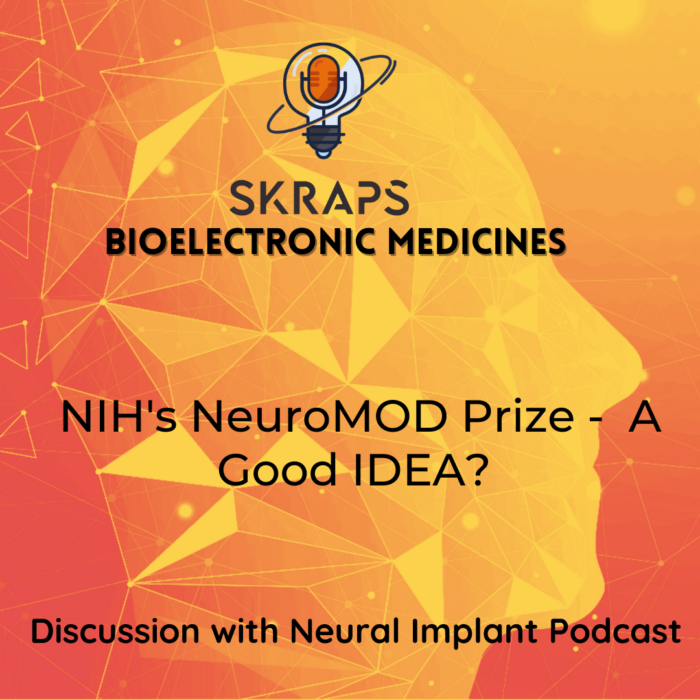 The NIH’s Neuromodulation Prize was announced on Jan 17, 2002. The $9.8 million dollar prize pot will be awarded over three phases.

So we did an interview for  Ladan Jiracek & Neural Implant Podcast around this prize, purely because Arun has experience in working as part of the team that did the GSK Innovation Prize.

More information on his points can be found HERE.

Arun offers his frank comments and how this prize is not an optimal way to fund what NIH SPARC should be doing best, which is to unlock new targets for neuromodulation and bioelectronic medicine.

He doesn’t just stop with the criticism of the field but also provides critical gaps in the SPARC program and what they should have and should probably fund. This is constructive criticism and appraisal of the area and should not viewed as a controversy.

Listen to our discussion with Ladan and make up your mind. Feel free to engage with us on Twitter or LinkedIn