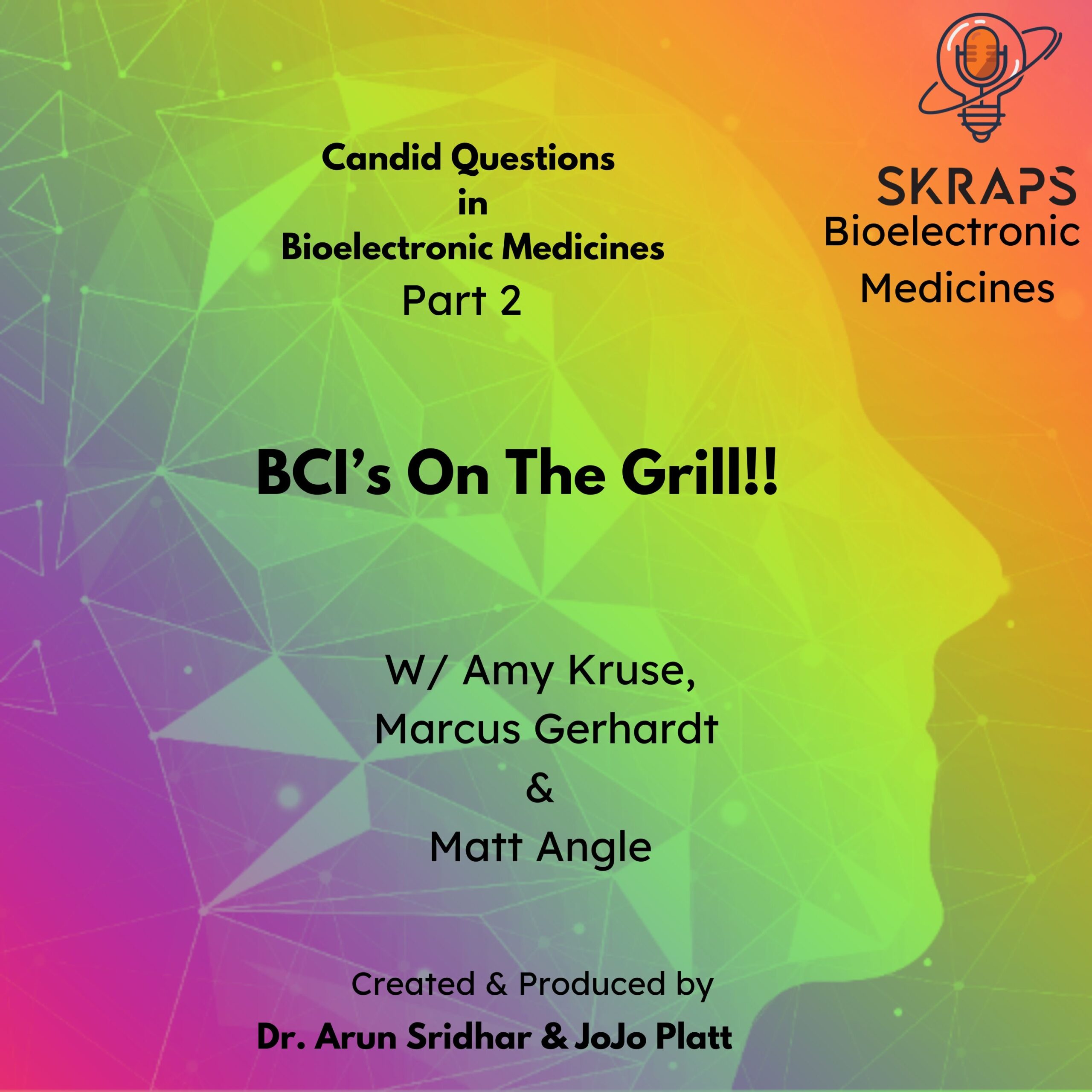 BCI’s On the Grill 🥩

This is Part 2 of Candid Conversations in Bioelectronic Medicines.

What Is a BCI? And just as importantly, what isn’t a BCI?

This is an unusual episode and an incredibly fun one. Arun and JoJo enlisted some of the field’s top folks to talk through what’s in and what’s out in this exciting field. Amy Kruse is a general partner at Prime Movers Lab and a self-professed Founder turned Funder (and a neuroscientist by training), Matt Angle is the founder and CEO of Paradromics – developing high data rate BCIs, and Marcus Gerhardt is the co-founder and CEO of Blackrock Neurotech and is hoping that their BCIs will disrupt the standard for patient care for the 600 million people that suffer from neurological disorders.
This episode has it all – technical glitches, laughter, ruffled feathers (Arun’s specialty), and some tantalizing discussions around definitions, dystopia, and delivering on the promise of this incredible technology.
Arun picks at and Matt defends the valuations of BCI companies – replete with funny characters and great voice acting. Amy chimes in with her point of view (plot twist: she’s on the side of massive market potential) while Marcus makes the claim that BCI companies are, in fact, under valued.
In short, this episode is pretty much your best chance at eavesdropping on a tantalizing conversation among some truly brilliant people on a fascinating topic.