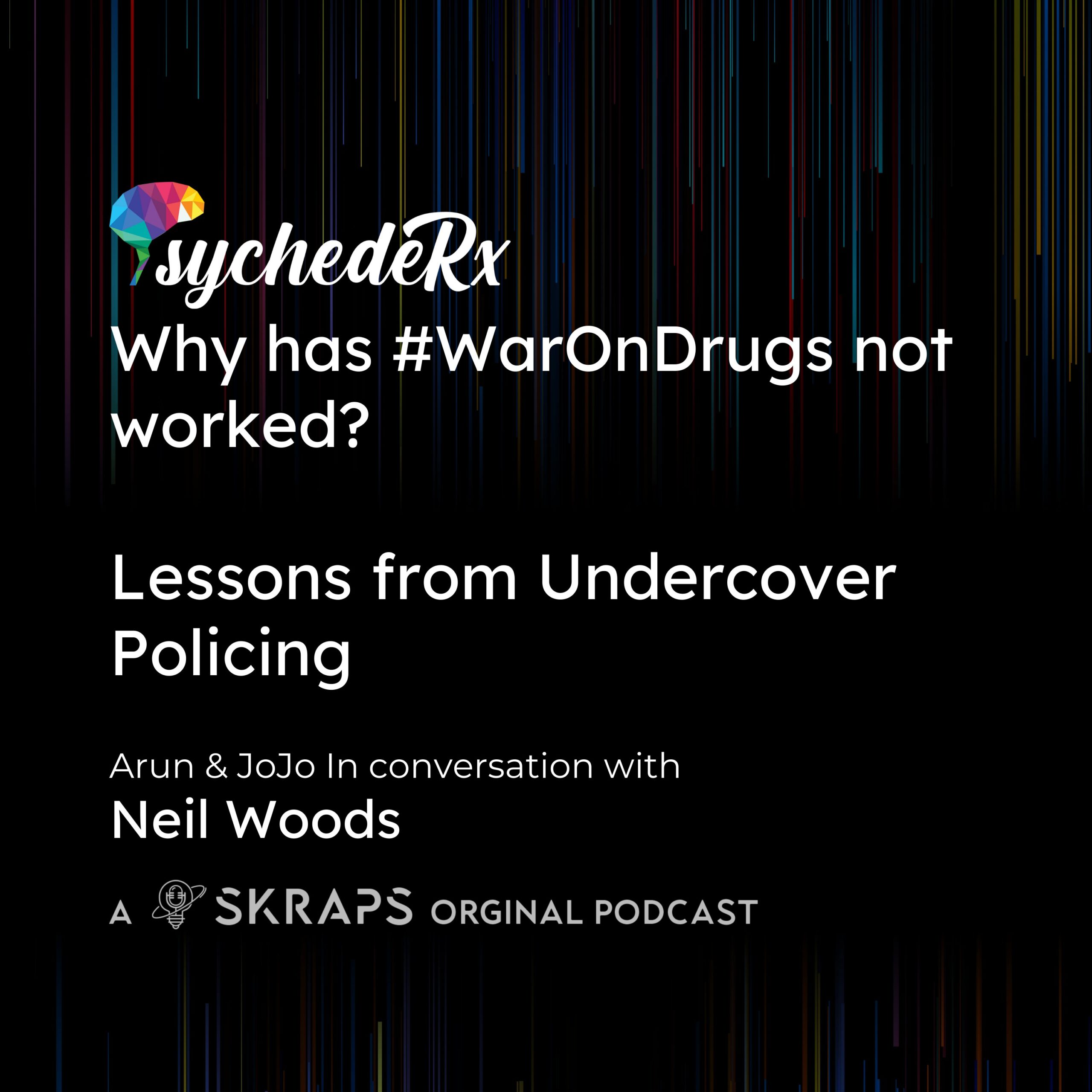 You can’t fight fire with fire. Or can you?

You can’t treat addiction with drugs. Or can you?

You can’t bandage bruises to a brain. Or can you?

You can never expect a cop to have compassion and fight the system. Or can you?

There are so many dichotomies when it comes to life and how we think it should be lived. We’re already starting to see the strange way that up is down and left is right. So, we’re ready to throw one more in your direction. Join us as we talk to Neil Woods, a former undercover police officer who spent 14 years infiltrating the narcotic underworld only to find that maybe the best way to beat ‘em is to join ‘em.

Ok, maybe joining them is not the answer, but fighting the drug dealers, the suppliers, and even the users the way that we have for the past 50 years isn’t working; it’s time for something new. Neil has seen the roughest people on some of the roughest streets and come out the other side – not with vitriol and hatred, but compassion and a new vision for a path forward. And he’s not alone. He’s spoken before legislators around the world to try to change the way we think about and manage recreational and problematic drug use. Even if you don’t agree, you can’t argue with a man who has risked it all and forgotten more than you or I will ever know about these wicked ways.

Neil is the author of “Good Cop, Bad War” and co-author of “Drug Wars: The Terrifying Inside Story of Britain’s Drug Trade.” He is a former undercover officer with the UK police, a board member of the Law Enforcement Action Partnershiphttps://lawenforcementactionpartnership.org/ (LEAP) and an all around badass.